My first camera was a 21st birthday present from my father. A Pentax MX. Sometimes presents can be things that you don’t really like or want but I remember treasuring this. I remember taking some photos of the steep steps in Newcastle leading down to the quayside. At home, I made a picture of a patterned waste bin in a flowerbed. There was also one of my mum and dad in bed on Christmas morning. It didn’t come out quite right as the light got into the back of the camera and distorted the colours. That fascinated me. My father was drinking a cup of tea while my mother read from a book by Alison Uttley. My dad was half in and half out of the light. 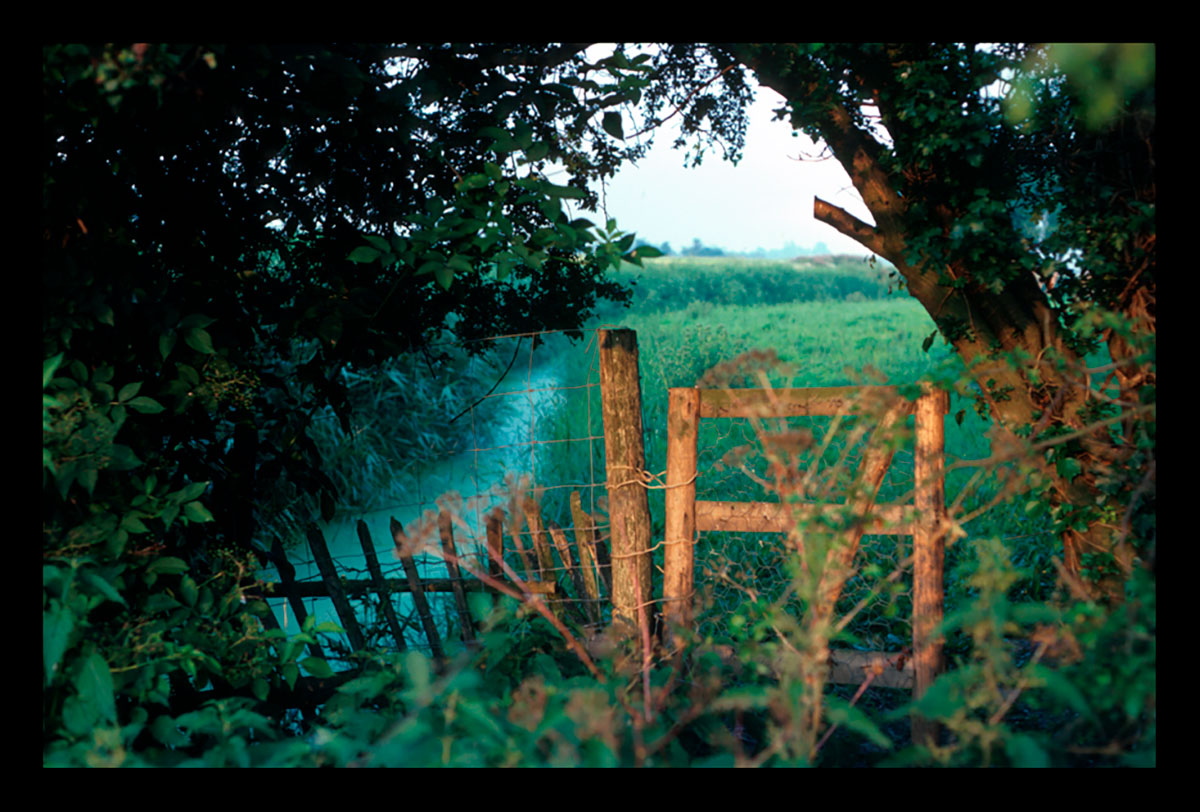 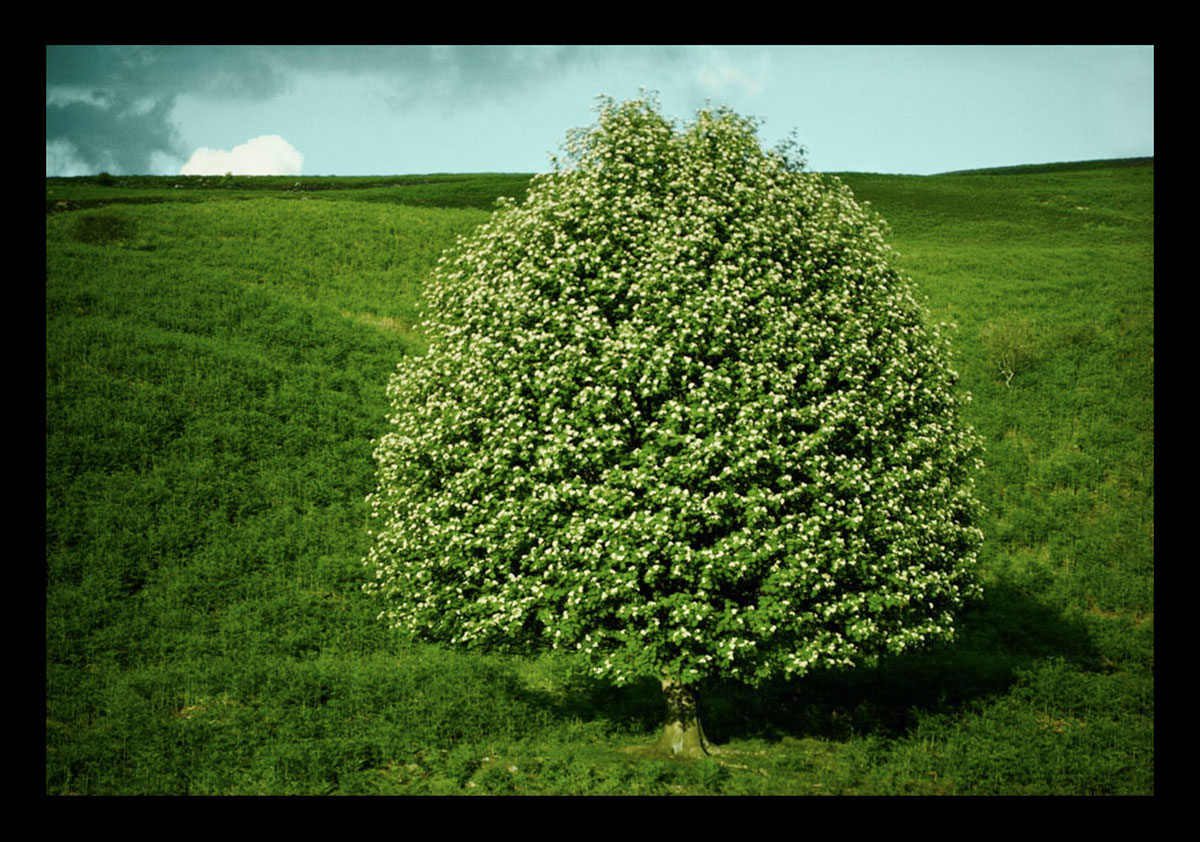 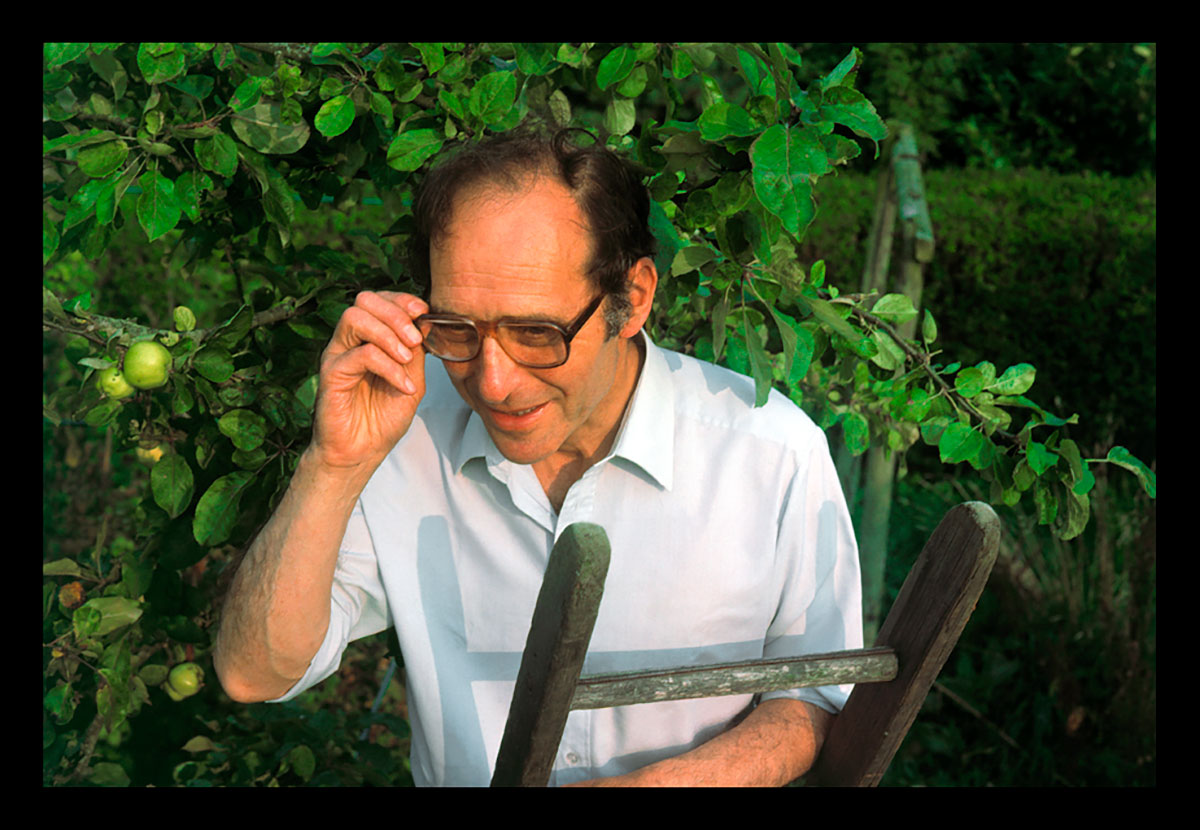 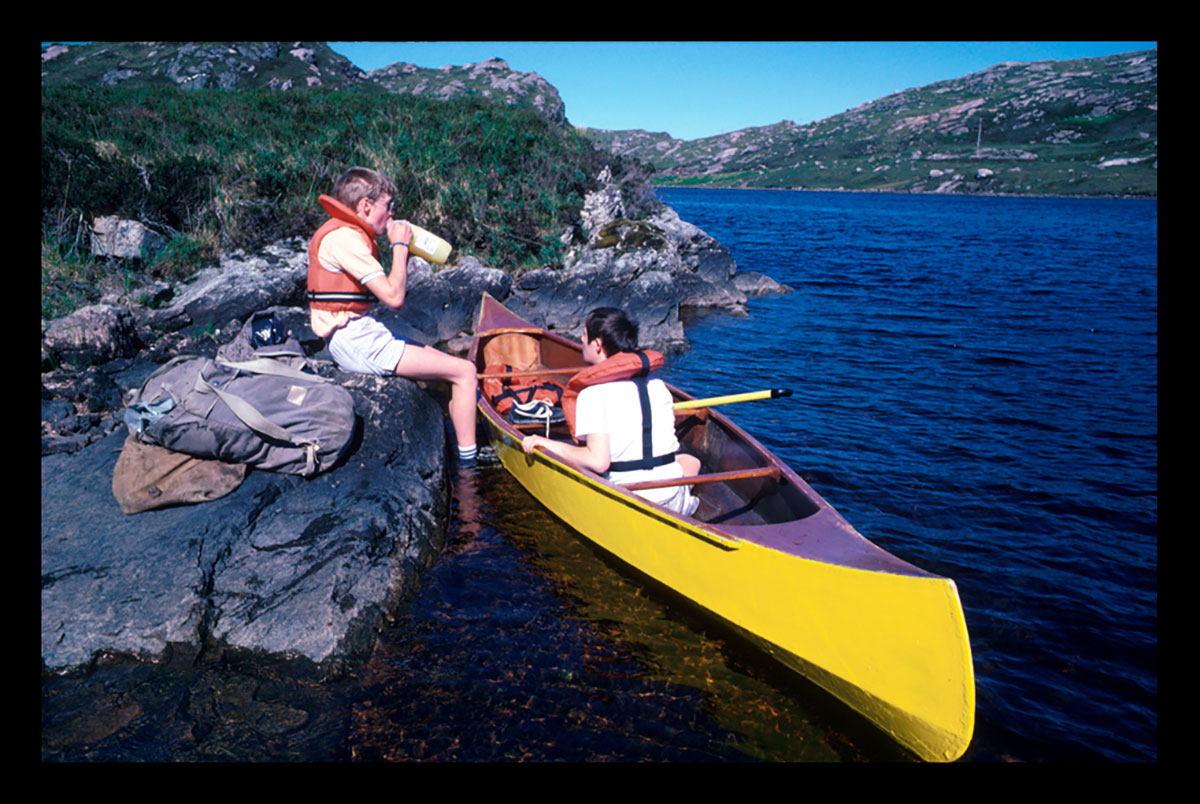 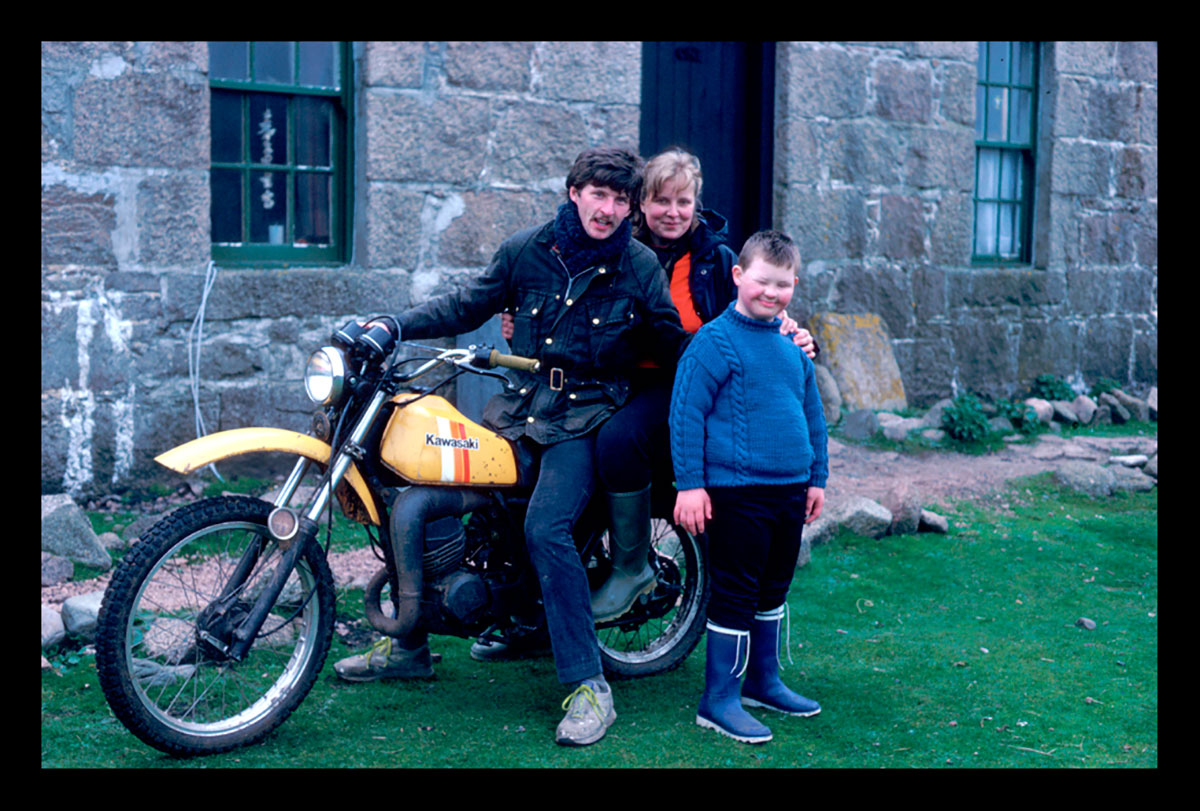 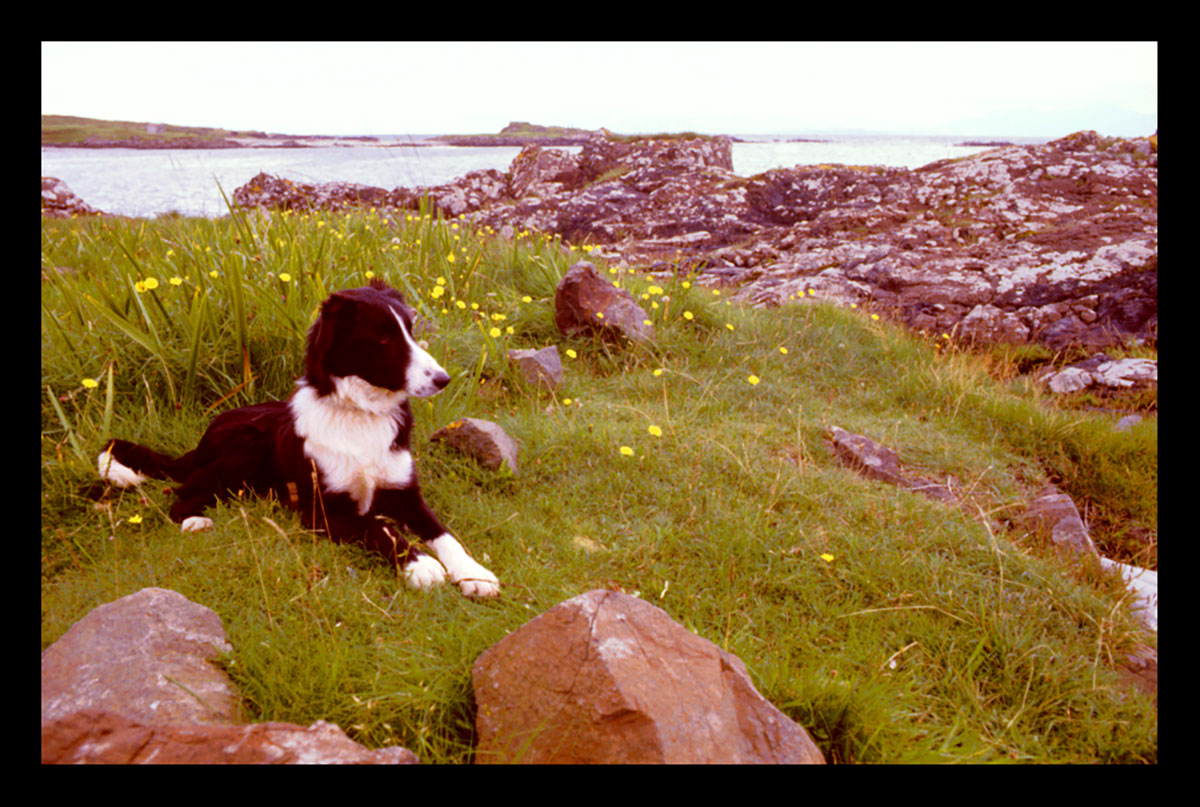 Ten years is an archive of photographs made in the following years with my birthday present.

I’d say that John Peter Askew is a Proustian artist, interested in memory – you can tell as much from his own comments, and from the look of his pictures. But why is his work important? Because he deals with everyday and ordinary life. This is a lot harder to do than one might imagine, and most contemporary photographers prefer to deal with invented and constructed worlds. This may not be an admission of failure on their part, but it does mean that one has to go out of one’s way to get onto their wavelength. Askew, on the other hand, represents the kind of material which we come across all the time, but which we either overlook or take for granted as part of the background. He runs risks with this kind of subject matter because a commonplace subject might be unredeemedly commonplace. What happens in his work and his art is that the commonplace is enhanced by his capacity to see the picture as a whole, in terms of both negative and positive shapes co-existing in harmony. He achieves a remarkable stillness even monumentality in many of his pictures.

John Peter Askew’s photography proposes a kind of complicity: his topic is that of individual consciousness, and of the kind of worlds we all carry within us. It doesn’t matter that we don’t know who these people are or where and when these pictures were taken, but these represent a kind of picture making. We meet people in the normal course of events, and to some extent, we get to know them. In The Family of Man and its we were introduced to heroic and representative tribespeople and artisans: ourselves writ large. Askew’s proposal is altogether more phenomenological. We might meet x and y, and note this and that in the course of our daily lives. The sort of snapshot photography to which Askew sometimes refers is relatively intimate, implying a degree of mutual confidence and knowledge. A lot of German photography exist in what looks like worlds apart, in an ideal studio where the subject is neither representative nor a familiar, a mere existence from an airless elsewhere. Askews pictures and to some extent contradict this idea of ‘as if’. The Germans ask us to imagine a world where completely dispassionate encounters take place, where nothing familiar is exchanged, where no interest is evinced on either side. It is a sublime idea, apocalyptic even, for it introduces us to human beings in an idealized location from which the small traces of humanity have been withdrawn. Askew represents the other side of things in which all the details are humanized and in which some of them are lingered over and examined. The continuum format with which he works establishes an idea of familiar history, made up of outings and pauses which make up daily life. The larger pictures drawn from this continuum represent the kind of special attention which we pay to some events and sights. We might note this and that, but something else lodges in our consciousness and demands attention. Askew’s suggestion is that we can’t rightly identify what will make its way into the foreground, that almost any kind of event might demand our attention. 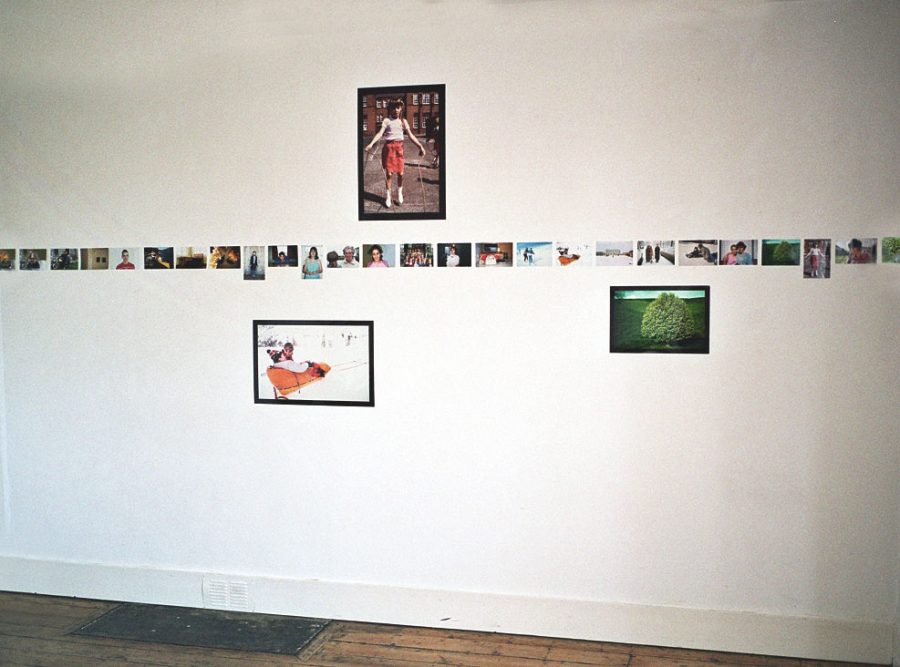 John Peter Askew emphasizes the liberal element in photography. It has always been there, to some degree or other. The great documentarists are liberals, their aesthetics bolstering an ethic. In the patient descriptions of Walker Evans for example, clients are asked to study the screen intently and piece together the evidence. The implication in that modernist photography was that we had to take and that taking time was not just a matter of etiquette but almost the subject itself. You took time to consider the screen and it gradually revealed itself in ways which weren’t apparent at first sight. Askew’s are not modernist tableaux in the style of Evans, for they replace the tableau with the continuum. It is a time based-photography. Evans and his contemporaries stilled the moment so that we could take our time. Askew contrast, suggests that all takes place in time: both the making of the picture and the reading of it. Whatever is at issue has to be worked out and cannot be readily known in advance. This is where photography’s liberalism has always been found in its scepticism regarding the a priori.

John Peter Askew insists on his individuality. He passes through life making connections, and the whole constitutes an autobiography. Life his pictures say is local and personal. (…). Think of all his pictures in religious terms. Askew has seen Paradise and it has revealed itself to him as an intimate local place, and companionable. Religion answers all our worries about oblivion, and one figure for oblivion is infinity. One of his very fine pictures is of nothing more than a tree rising in the foreground against a green hillside mildly sloping. The swelling tree and the curving hillside fill the frame and keep us from investigating that far distance compressed along the skyline. Askew’s sixth sense knows what is at issue and just how it may be kept at bay, by the subtle beauties of the moment.

Ian Jeffrey is one of the most important art historians in Britain, who has consistently addressed the nature and development of photography as an art form throughout his career. He is the author of several influential books from The Real Thing: An Anthology of British Photographs 1840–1950, (1974) and Photography: A Concise History (1991) through to Phaidon’s The Photography Book (1997) and How to Read a Photograph (2008). He has also written extensively about individual artist-photographers including Jeff Wall, Diane Arbus, Eadweard Muybridge, Etienne-Jules Marey.

This essay is included in the catalogue that accompanied the exhibition , National Gallery, Prague, 2005. 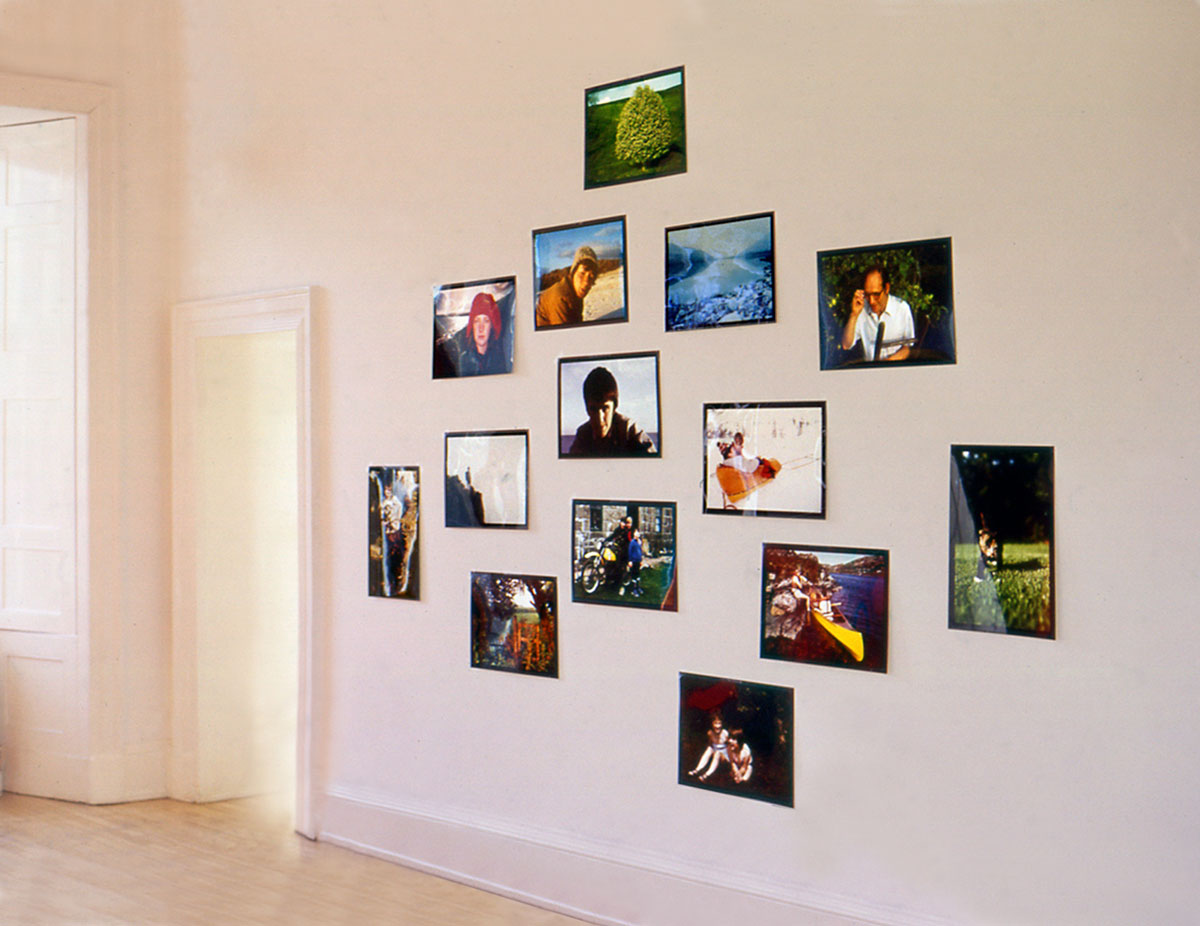